Black lives matter translates to 흑인의 생명은 소중하다. But the word that is used is actually "precious". Black lives are precious.

As a brand that represents a minority culture, we recognize we cannot remain silent. It is our responsibility to be a voice for change in the face of racism and injustice. Korea’s history of oppression and Korean-American experiences of having lived through the LA Riots in 1992 in which many Korean American business owners were affected, the “han” the Black community is feeling is not foreign to us. In the Korean language, 한 ("han") is a word used to describe a heavy sorrowful feeling that embodies the built up of suffering, oppression, injustice, sadness, and anger. We recognize that the rage and the deep sorrow the Black community feels in response to the senseless killing of George Floyd at the hands of a white police officer is a culmination of injustice and abuse endured for generations.

On May 25, 2020, George Floyd was arrested for being believed to have used a counterfeit $20 bill at a shop in Minneapolis, Minnesota. He was pinned face down on the ground by officer Derek Chauvin who kept his knees pressed on Floyd's neck. Throughout this time Floyd cried out numerous times that he couldn't breathe, and bystanders urged the officer to lift the knee. Several minutes later, Floyd lied lifeless. Only after the paramedics arrived did Chauvin release Floyd at which point he was pronounced dead.

The fight for justice for George Floyd and against systemic racism has led to protests all over the world. We stand in solidarity with our black community in supporting the Black Lives Matter movement to end police brutality and systemic racism that continues to plague this country.

To help get justice for George Floyd, you can sign a petition of your choice:
https://www.change.org/p/mayor-jacob-frey-justice-for-george-floyd
https://act.colorofchange.org/sign/justiceforfloyd_george_floyd_minneapolis
https://www.naacp.org/campaigns/we-are-done-dying/
Text "FLOYD" to 55156 to sign the petition.
Donate to George Floyd Memorial Fund
https://www.gofundme.com/f/georgefloyd
For more links on petitions, donations, and ways to help make a change, visit
https://blacklivesmatters.carrd.co/
To contribute in our unique way to the BLM movement as a brand that represents Korean culture, we've produced the BLM | "Black Lives are Precious" tee and hoodie, which are printed with "BLM" and "Black Lives are Precious" in Korean. 100% of the sales proceeds will go towards the victims, Black owned businesses, and protester bail outs. 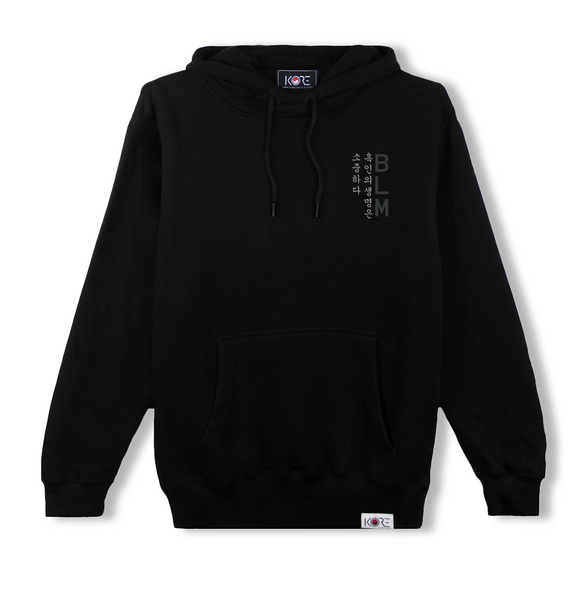 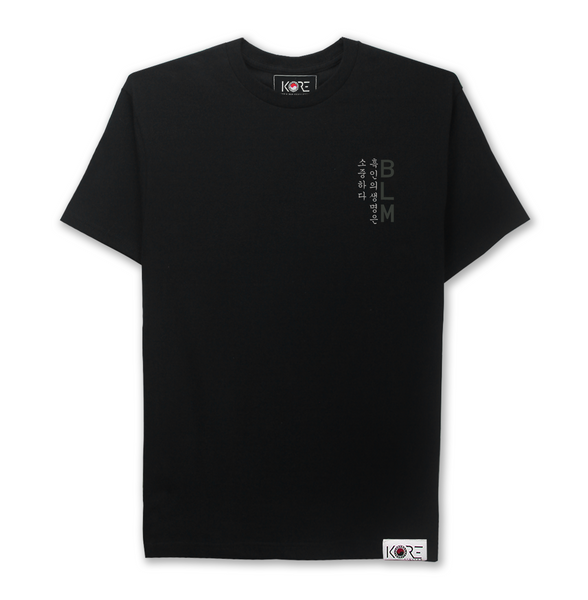 @Max @LJ
Unfortunately, we won’t have a restock for this design.

Hi—will there be more in stock?

This was sold out before I could get one – will there be more in stock??

We have decided to contribute the proceeds towards victims, Black owned businesses, and protest bail outs. We want to make sure our funds will be allocated to help the Black community as well as the BLM movement.

It says the blm sweater is going to the blm movement. Could u be more specific to where the profits are going to